Types of careers in the Gaming Industry | pai-ils.com
Skip to content

Types of careers in the Gaming Industry

Home > Blogs > Types of careers in the Gaming Industry 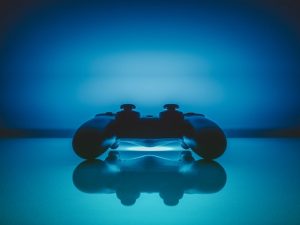 Types of careers in the Gaming Industry

Well, with the advent of the smartphone, they certainly play a lot of online games. Adding to that is the ease of getting broadband, a variety of games, unprecedented levels of boredom and hardly any space to go out and play actual games.

Gaming is thus THE career for a healthy number passing out of Bachelor in Fine Arts and VFX courses.

Today we tell you in some details the various options available in the field of gaming.

His role is akin to that of a movie’s director who does everything right from thinking out the idea to its ultimate execution. Bouquets to brickbats, he gets them in equal measures. He is the one who gets the idea, does the initial sketching & outlines and then puts it before the producers for funding and approval re its feasibility. If everything seem ok and get the relevant nod, the Game Maker calls in his team of designs which include:

A lot goes into the making of games besides money and efforts. To release it before a thorough round of testing could be anything but suicidal. A lot can go waste due to the presence of just a few bugs. And those few bugs can easily be identified by an authenticator or tester. The testing takes place at several levels. First, as regards it most basic architecture, it is tested to find out if the codes are in the defined order without it changing in any way at any time during use. Second, as regards the game itself, whether or not it delivers as promised. If glitches exist, it ought to be ironed out at this stage itself. Third, whether the scenarios and sequences are as planned. A game with a wrong sequence of things can be a great put-off. And lastly, if it is a paid game, whether the payment-related gateways are properly in place

At the very basic, a game has always been a computer program which a programmer has very diligently created in a way such that it appears to be an interesting thing for the public to indulge in. With tastes, preferences and themes changing practically every day, the creator of successful games has to be folks who are ultra-innovative and always on their toes ready for the next challenge. They in fact have specializations within their own field with some developing 3D graphics, others concentrate on AI, still others on VFX etc.

So friends, here are so seriously niche’ fields in the Gaming Industry which one can try and approach to get a specialization in.

If you are keen, do try them. And put in your best. Because only then can you expect success.

How to Master Adobe Photoshop