Tips in photography to get the perfect shot! | pai-ils.com
Skip to content

Tips in photography to get the perfect shot!

Home > Blogs > Tips in photography to get the perfect shot! 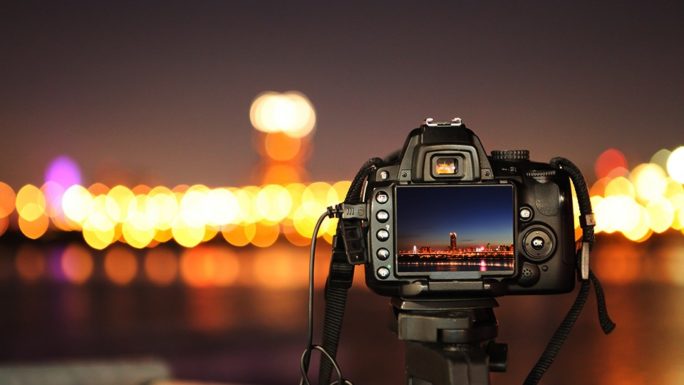 Tips in photography to get the perfect shot!

you got the right equipment BUT your shots are anything but right.

Photography then is an art which unlike other arts like painting and writing which can be perfected with time. And of course sincere and serious efforts. Today we tell you some tips in photography which shall not only help you get the perfect shot but also help you do that time and again for as long as you want to make it your hobby (if not your profession itself!)

A nice smile, a nice body, a nice location etc are passé. Everyone does that. For you to stand out, your shot should have the backing of a story! For this reason, photos of events and tragedies stand out, unlike others. They hold your attention and make you think about the subject at hand. Remember the Bhopal Gas Tragedy of a small child being buried with his eyes open? It told a story, a story of pain, of loss. Something to this effect (not necessarily sad. But it is sadness which lasts with us for some crazy reason!) is what shall hold people’s attention for all times to come. A happy, story-telling photograph was of the sailor kissing a girl on the official declaration of the end of World War II. It was not carefully planned BUT it had immense substance. Go after stuffing with substance because that itself will carry the shot without the need for technical sophistication.

Continuing from the above, to get the perfect shot, try having a super-strong subject matter; something very stark and contrasting.

The above photo has a strong subject. It  is of 17-year-old Jan Rose Kasmir offers a flower to soldiers during the Pentagon anti-war protest in 1967 which lead to America coming back from Vietnam

The above talks about camera exposure speeds, colors, contrasts and of course a unique subject. The picture is of fireworks taken on very, very slow exposure which makes the display seem like porcupine needles or cactus. Such photographs have technical brilliance behind them and shall always be remembered and admired.

See the above image. What is the most interesting thing about it? Yes, the subject stands out as being very different and unique BUT what stands out, even more, are the sheer color variations! Red background for a green frog with red eyes with pupils that are black! Now imagine this shot with lesser colors or colors with lesser contrasts. Would you give it another look? Most likely not. What is interesting here, besides the subject itself is the treatment given to it in terms of colors and making it look like a seamless whole.

Imagine the above photograph in a dense jungle with many other animals crowding around! What would be the effect? Unless it was about the forest itself, most likely the centrality or subjectivity of the photograph would have been lost. If on the other hand, the photograph was that of this frog perched strategically on a tree-branch, it would have amplified the effect of the photo. It is thus important to have the central idea quite clearly defined with the viewer not having to look for it.

The above photo is that of the start of a perfect day. Right amount of sunlight, right amount of shade and a great location. Imagine if the light was less. Or the day was cloudy. Or the background somehow seemed unclear. Could you then get the right message across? Could your picture stand out as being outstanding? Most likely, NO. It would have looked overtly gloomy, unclear and a lot less positive- unless that was the intention in the first place. If that wasn’t the first intent, get your lighting correct, either natural or artificial as also the background effect right. On the subject of background, be clear that unless you want the same to by hazy (in which case you obviously want to focus on the foreground), your background should be as you intend it to be. Otherwise, you could pick-up some very strange and forbidden stuff inadvertently!

Why do you think the above picture is special? Because it seamlessly integrates two ideas and makes them seem so normal and natural! That, is the power of right composition. And that is what gets you the prefect and sensible picture. The right composed picture in most cases is the outcome of meticulous planning and a degree of luck. The above picture speaks of sheer luck. And or course, a good knowledge of taking great pictures. For the right composition, one ought to have a heightened sense of art and artistry. And an incredible stroke of luck!

The above are some of the points to be kept in mind to get great pictures- besides knowing the basics of photography.