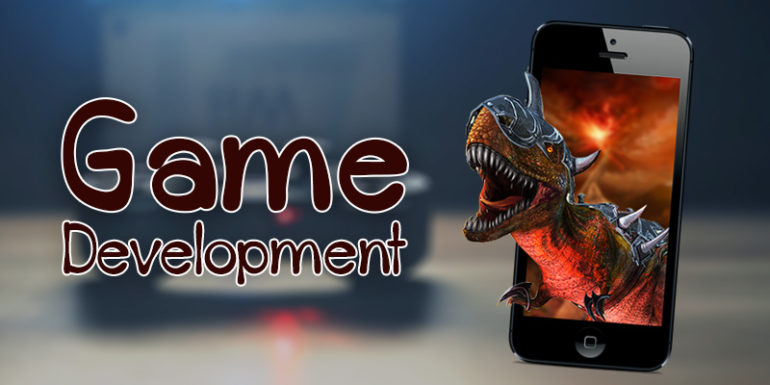 What do Indians do when they do nothing? Or for that matter, even when they are busy and can take time to look elsewhere? They play games! These days, they play it all the time! And why not?? Games these days after-all are so damn good, interesting, entertaining and engaging! From corporate scenario games to football, cricket to what have you, games are everywhere and entertain everyone!

Now we come to the question, who makes these games? As of today, there are so many, many top game designers in India that it seems Indians besides playing digital games, even seem to love making them! Currently, all put together, the online gaming industry is worth USD 900 million with more than 250 gaming companies putting in their might with startups coming up with ever other days. This number is big as a while back (as close as the Year 2010) there were only 25 gaming companies! By 2020, its worth is expected to touch USD 1.1 billion with 650 million users using the industry’s products!

It was founded in Karnataka’s educational hub of Udupi a decade back and is today acknowledged as being one of India’s leading creators and developers of video games & cell-phone games of international standards. Their reach and users figure everywhere, be it in India or abroad. Some of their prized creations include India’s most successful monetized game the ‘Star Chef’ and India’s most downloaded game which is ‘Dhoom:3 The Game’!

It has close to 20 games to its credit from 2008 with as many as 50 million users who have downloaded some or the other products of 99Games worldwide! It’s rumored to have raised funds abroad with as much as USD 9 million from some of the most sought-after organizations and investors.

Founded in 2006 by Saurabh Aggarwal, serial entrepreneur and alumnus of Stanford University who made it his mission to create productive Mobile Applications, Octro is arguably one of the largest and the fastest growing mobile gaming company in India, with some known names like Teen Patti, Indian Rummy and Tambola becoming block-busters for on Apple iOS, Google Play, and Windows Phone. In the arena of Google Play, Octro’s Teen Patti and Indian Rummy remain firmly in the list of Top 10 best grossing apps on.

Our next contender, CreatioSoft is based in NOIDA near Delhi and is said to make some of the best games for platforms including those for iPhone, iPad, Android, Windows Mobile, BlackBerry Mobiles. In its resolve to reach for the starts, CreatioSoft has developed more than a 100 apps and games using its extensive and in depth expertise in open source software including the likes of NodeJS, AngularJS, technology platforms like MySQL, Redis, Android/iOS App and even blockchain!

If it’s about games and sports-related video/ computer games, it HAS to be Dream11, India’s Biggest Sports Game creators who have +3 crore players who play a range of digital games including Cricket, Football, Kabaddi, and NBA. Where they differ from other game-makers is their treatment to the games and the twist they give to maintain connection and engagement- They remain the team owner and not merely a spectator. This brings an additional element which players have to contend with. They have, in addition to producing games for a variety of situations, also been official partners of world’s known sports leagues such as Hero CPL, Hero ISL, and NBA.

This is in a league of its own and one of the most established mobile content providers + games. An Indian game and content maker, it has been funded by India’s top VC firm called Westbridge Capital, it is a true Indian-origin MNC with offices in varied locations including Dubai, UK, & Singapore. In their own words, they “specialize in bringing branded properties to the mobile consumers in the most effective way, maximizing revenues as well as promoting brands”. Whatever you may make of it, one thing is for sure! Their products. They are GOOD!

Don’t let the name which has helped the developer leapfrog over the competition, confuse or bug you! Their heart is a team of highly experienced, influential and innovative developers who plan to radically alter the content of most mobile games by making their content much, much more entertaining to everyone of every possible age. Among its products are known games and scenarios including Mafia Wars, CastleVille, Bubble Safari, Cafe World, YoVille, Hidden Chronicles and Empires & Allies which are loved and played by millions all over the world!

This is Hyderabad’s awesome contribution to the creation of world-class across-genre high-quality games at very, very affordable costs! In their own reckoning, they are there to bring outstanding, never-before, awesome experiences while playing games be it on PC, mobile phones or any other devices. Their games would be of the “games-as-service” genre and meant to engage players and viewers of every age and economic strata.

So here go my folks! The list of Indian creators of games, some of which are today recognized worldwide for their quality, uniqueness and sheer pleasure of playing!

Do play them. Because the proof of the pudding is in its eating! Till then, keep reading!