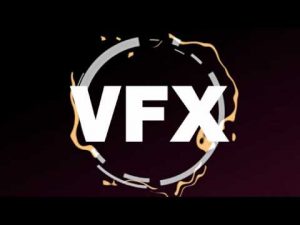 Digital Domain, co-founded by none other than James Cameron has just opened its fifth office in India. Toolbox Studio, another big name in the VFX space has its own enviable line-up with the likes of San Andreas, Godzilla, Pixels etc. does work in India. Method Studio whose work in the Marvel series like Infinity War also have a presence in India.

So? Well, India is BIG in the VFX space! If you don’t believe it, check this industry report that mentions that from a high of INR 54 billion in 2016, the industry has jumped to INR 80 billion in 2018 and in times to come to the action shall only hot up taking the figure to INR 114 billion by 2020! Yes, the VFX industry grew a mind-boggling 25% year-on-year!

A career in this line i.e., VFX is good without a doubt in terms of money, creative satisfaction and even stability with so much coming its way. For a young professional wanting to get into this industry, there is a lot to do. Problem is to know what to do to gain an upper-hand here so that you stay on top for all times to come! Today we tell you of some of the more known positions you could look up to in VFX production

VFX on its own does not make sense in most cases unless the entire feature itself is VFX. Where it is meant to enhance an existing feature such as a film, an advertisement, there ought to be a seamless integration between the normal activity and the VFX. It is here that the compositing artist’s abilities are put to the test. A single hitch can create the kind of abruptness that can undo the entire activity.

In every creation which mixes real-life shots with VFX (and it is there in practically every movie), there is the need to merge VFX with real life. Merge here does not mean putting one above the other feature which would make it look shaky and abrupt. It thus falls on a Rotoscoping artist to trace the line originating from the real-life part into the VFX such that it makes life easy for a compositor. For a student of VFX, the position of roto artists could prove to be a stepping stone.

As the name itself suggest, this person take it upon him/ herself to get the feel of the script or storyboard and bring it out in a series of pictures to finally bringing it out as a film. They first create templates of how the visual format would look like. And if you think this is simple, remember this person has to look at everything from the final viewer’s perspective and has to arrange for camera angles, detailing etc.

A car is one thing to create and quite another to show when in movement. How it goes from point A to point B and what all it encountered enroute are some of the consideration one needs to keep in mind. This act of transforming a lay visual into a moving scope is the work of a rendering artist and is one of the things that a new VFX student can look forward to. Mind you, it is tough but quite rewarding.

Lighting in any artistic endeavour, be it still photos, movies or VFX is one of the artists you should take care. It can make or break things. Lighting in every shot taken has its own significance and if not handled with care, can ruin everything. A lighting artists job is thus to understand the scene, the requirement of light, its source and plan accordingly.

Movements are an integral thing in movies be it normal or VFX. Add to that the complexities 3D brings. And you then admire the work of match mover artist who is responsible to make movements look seamless be it in normal scenes, VFX or 3D or all put together. In the movie series the Transformers, the giants turn from machines to robots in a matter of seconds and nothing seems out-of-place because the match-mover artist has seen to it that movements are so smooth and seamless that one just goes with the flow instead of feeling jerky every now and then

These are but some of the positions that the VFX industry throws up for newcomers. With complexity comes more employability. About that, we shall get back later!

How to choose digital marketing agency for your business

Confused what to do After 12th?